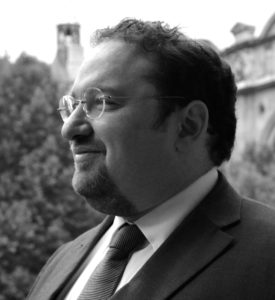 A criminal law attorney in Paris  since 2002, Alexandre-M. BRAUN assures your  defense before the jurisdictions in all France.

He is a graduate of the Universities of Paris 2 Panthéon-Assas and Saint-Quentin-en-Yvelines. During his studies, he was a student representative on the University’s Board of Directors.

Transparent and predictable fees for a serene defense

Alexandre-M. BRAUN receives you by appointment in his office located near the new Palais de Justice in Paris

Alexandre-M. BRAUN is a graduate of the Universities of Paris 2 Panthéon-Assas and Versailles Saint-Quentin en Yvelines. During his studies, he was a student representative on the Board of Directors of the University of Paris 2, as well as on the C.N.E.S.E.R (Conseil National de l’Enseignement Supérieur et de la Recherche), where he sat more specifically in the disciplinary panel, the appeal jurisdiction of the University disciplinary boards..

Before becoming a lawyer, he worked as a lawyer  at the Southeast Asian headquarters of a large French company in Singapore. There, he fought against counterfeiting.

After becoming a lawyer, he worked for several years with a prestigious Parisian law firm. He was elected Secretary of the Paris Bar Conference  for the year 2006, after a famous eloquence contest.

In 2007, he founded his own law firm, mainly dedicated to Criminal Law :

He has been involved in many complex cases, or with high media impact.

He teaches at the Paris Bar School, and has contributed to the Formulaire Lamy “Criminal Procedure” form, a practical reference work for lawyers.

We use cookies on our website to give you the most relevant experience by remembering your preferences and repeating your visits. By clicking on "Accept all", you consent to the use of ALL cookies. However, you can visit "Cookie Settings" to provide controlled consent.
Cookie settingsAccept all Reject all
Manage consent

This site uses cookies to improve your browsing experience on the site. Of these, cookies categorized as necessary are stored on your browser as they are essential for the functioning of basic functionalities of the website. We also use third-party cookies which help us analyze and understand how you use this website. These cookies will only be stored in your browser with your consent. You also have the option of deactivating these cookies. But disabling some of these cookies may affect your browsing experience.

Performance
Performance cookies are used to understand and analyze the key performance indexes of the website which helps in delivering a better user experience for the visitors.
Advertisement
Advertisement cookies are used to provide visitors with relevant ads and marketing campaigns. These cookies track visitors across websites and collect information to provide customized ads.
Analytics
Analytical cookies are used to understand how visitors interact with the website. These cookies help provide information on metrics the number of visitors, bounce rate, traffic source, etc.
Functional
Functional cookies help to perform certain functionalities like sharing the content of the website on social media platforms, collect feedbacks, and other third-party features.
Necessary
Necessary cookies are absolutely essential for the website to function properly. These cookies ensure basic functionalities and security features of the website, anonymously.
Others
Other uncategorized cookies are those that are being analyzed and have not been classified into a category as yet.
SAVE & ACCEPT